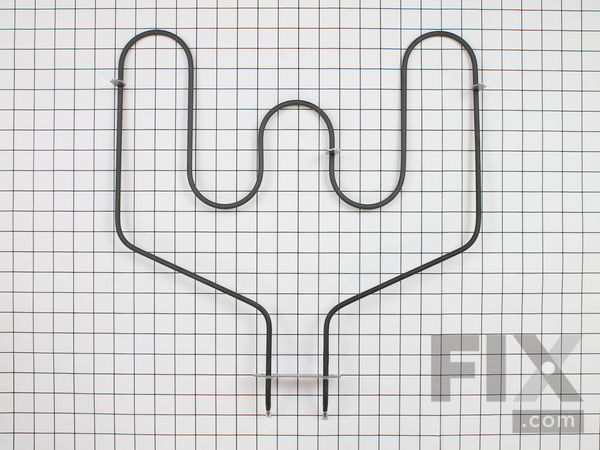 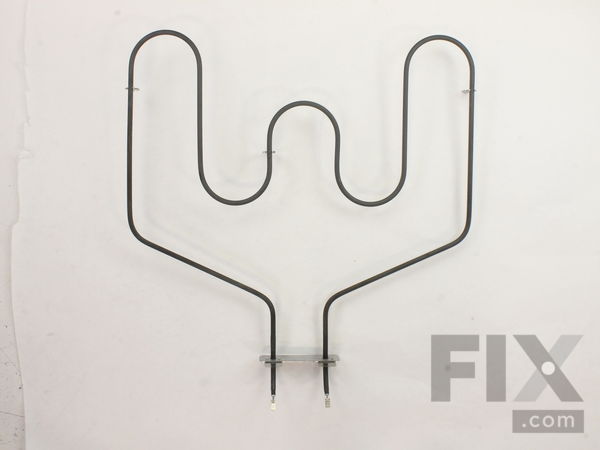 This bake element is found on the bottom of the oven. This part is made of metal, and is approximately 20 inches in length and 18 inches in width.