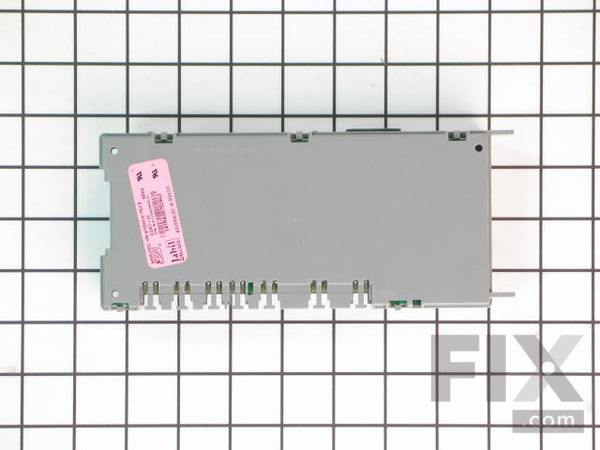 See part 11 in the diagram 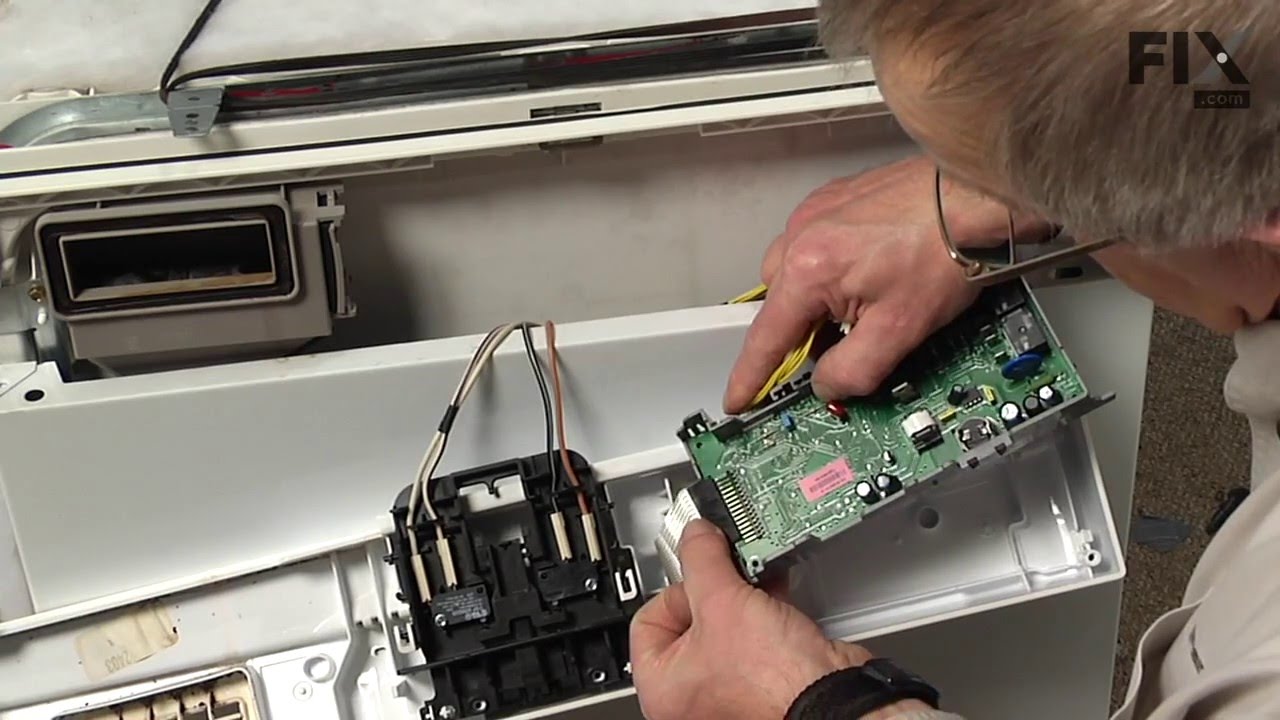 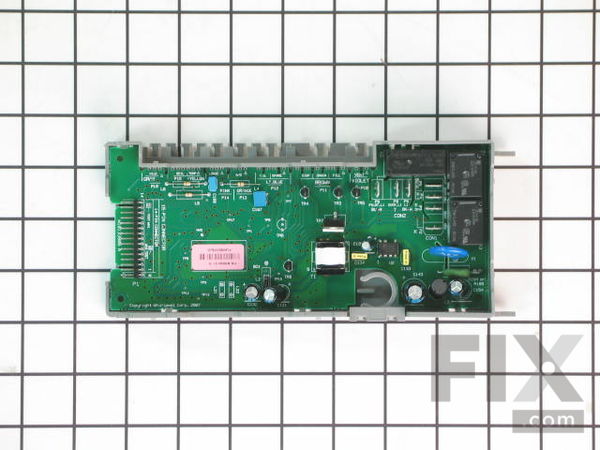 This board is located in the control panel of the dishwasher.Thermal fuse is NOT included.

Replacing your Electronic Control Board

Average Repair Rating: 3.8 / 5.0, 2 reviews.
Sort by:
Search filter: Clear Filter
Your search term must have 3 or more characters.
Keep searches simple. Use keywords, e.g. "leaking", "pump", "broken" or "fit".
Sorry, we couldn't find any existing installation instruction that matched.
Replace control board PS11748220
I am not handy but I was able to replace the control board. First, watch the video showing how to replace the bi-metal fuse, even if you are not replacing the bi-metal fuse. You will it helpful to gain familiarity with opening the dishwasher panel and with pulling out the bi-metal fuse from the old control panel and inserting it into the new control panel. Turn off the circuit breaker to the hard-wired, or unplug, the dishwasher. After opening the panel, hold the tray in which the control board sits. Note how two plastic prongs secure the control board at the outside edge. Don't break any plastic on the tray. Using a screwdriver and pliers, push with the screwdriver, and pull with the pliers, to shift the control board toward you until you can free it from those prongs one prong at a time. After that, raise that side, and lift the board our from under the two smaller prongs on the inside edge. Don't put the new control board in place until you insert the wires. Hold the new one in front of you so you can see the old and new at the same time. Remove each electronic connection, one at a time, from the old one, and snap it into the corresponding location in the new one. More specifically, remove (pull out) the strip connected to the pins on the inside edge of the old one and insert that into the new one. Then, one at a time, remove (by pushing the small plastic piece holding it in place and unplugging the small plastic piece holding it place) each small plastic housing, which has several wires of all the same color in it, and place that in the corresponding location in the new control board. If you look closely at the board, you will see the name of the wire color printed on the board, yellow, brown, etc., to confirm where to install the plastic piece with those color wires. Snap the bi-metal fuse in place. At this point, you can turn back on the electric to take a quick look to see if a dishwasher light is on. If you see a dishwasher light on, you can secure the board at the four points by which it is secured in the tray, then place the tray in the dishwasher panel and re-install the panel. If you did not get a dishwasher light on, check each connection to see if it is securely in place. If that does not get a light on, replace the bi-metal fuse as shown in the video mentioned above. The above steps were done in less than an hour by someone who has not done anything like that before.
1 person found this instruction helpful.
Was this instruction helpful to you?
Thank you for voting!
would not start no lights on front console
The repair went easily removing the screws on the sides of the door to access the electronic control board. Simple to remove board and replace with new one after watching instruction video on this site . It was nice to have an extra set of hands to help get the door aligned and get screwed back in place. It did not fix our problem and had to call an appliance guy to come in an he replaced the thermal fuse for the heating element. So now we have an electronic control board if it ever breaks down since it can't be returned.
1 person found this instruction helpful.
Was this instruction helpful to you?
Thank you for voting!
Back to Top