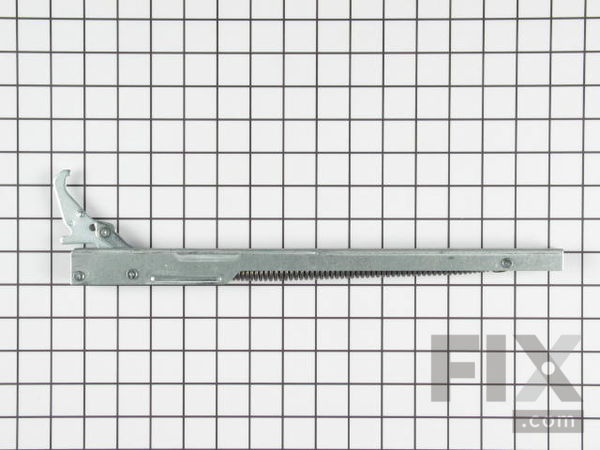 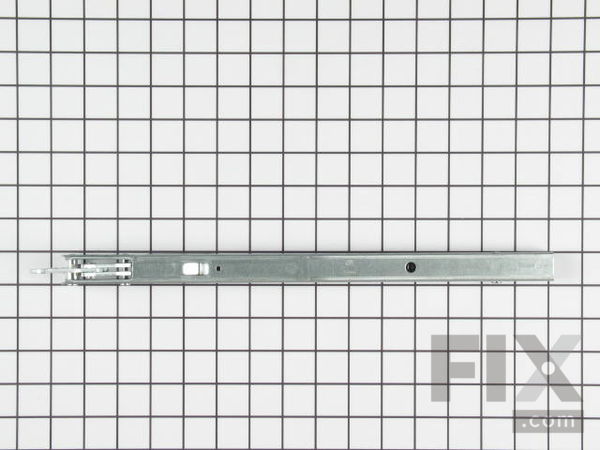 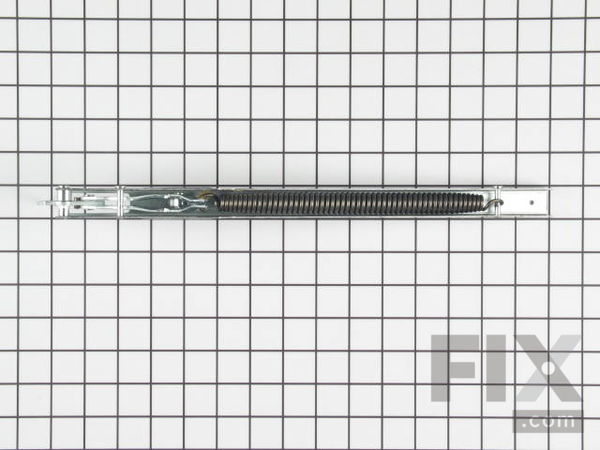 Sold individually. This hinge works for both the left and right side.

Average Repair Rating: 3.8 / 5.0, 3 reviews.
Sort by:
Search filter: Clear Filter
Your search term must have 3 or more characters.
Keep searches simple. Use keywords, e.g. "leaking", "pump", "broken" or "fit".
Sorry, we couldn't find any existing installation instruction that matched.
Oven door wouldn't close, cracked interior glass while cleaning.
Replacing the oven door hinges was easy. Insert pins into the holes where the oven door meets the oven and lift off. place oven door on table with outside part facing up. unscrew the screws but keep track of which screws were used on the sides. There are 2 screws that are a different color and go on the brackets on the bottom. Lift off the face, swap out the hinges and reassemble and put the door back on. Take out the pins (they will already be on the new hinges) Done. The glass required me to flip the door over and unscrew the interior screws, I simply took off each layer and place it in the exact order to put back on, I slipped out the broken glass, and put the layers back on. secured the outside door and I was done.
0 of 1 people found this instruction helpful.
Was this instruction helpful to you?
Thank you for voting!
Oven door suddenly would not close tightly
After several failed tries to personally diagnose and fix the problem, I called an appliance repair service and was told I needed to replace the 2 hinges. Deciding to do it myself, I looked on-line for replacement hinges and found this site. Hinges were ordered and delivered 2 days later. I opened the oven door fully, and inserted a small 1/2 in long metal screw in the hole on each hinge. Partially closed the door and lifted on the bottom to dislodge the hinges from the main oven. After removing 2 screws, top and bottom on the door, and then removing the 4 screws that held the 2 old hinges, they came out easily. Reversed the order of removal, and inserted the door into the oven. Opened the door completely, removed the 2 small pins in the hinge by slightly pressing down on the door and at the same time pulling out on each pin. Closed the door, which now had a very nice spring closing and was done. Fixed problem completely and within 15-20 minutes.
0 of 1 people found this instruction helpful.
Was this instruction helpful to you?
Thank you for voting!
Door didn't close all the way
Open door, put a short nail in hole of each hinge. This stops the tension so when you raise the door, just lift the hinges out of their slots. To remove the door front, remove two screws on the top (brackets) and two screws on the bottom corners. Remove two screws on each hinge. Replace hinges, reverse process. Hinge came with pins. Insert door, make sure in all the way, open and remove pins. Voila! (It took me so long because I cleaned all the glass while I was in there.)
0 of 1 people found this instruction helpful.
Was this instruction helpful to you?
Thank you for voting!
Back to Top