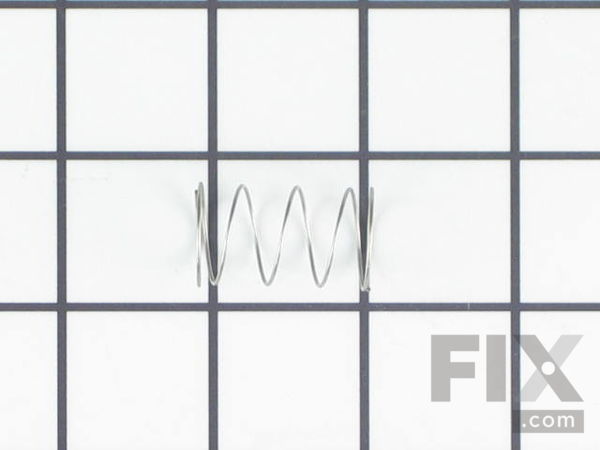 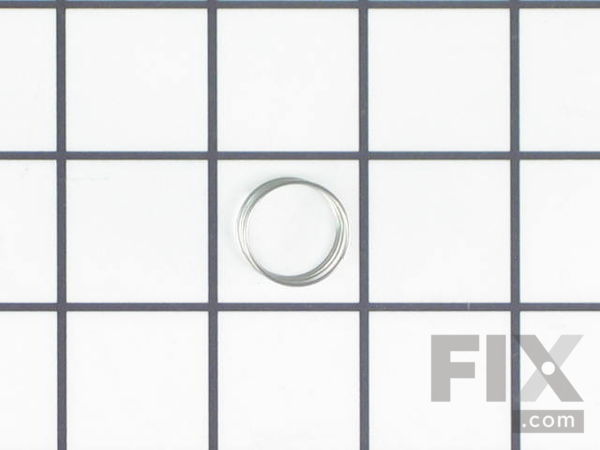 This spring is located behind the release button on microwaves.

Average Repair Rating: 3.3 / 5.0, 1 reviews.
Sort by:
Search filter: Clear Filter
Your search term must have 3 or more characters.
Keep searches simple. Use keywords, e.g. "leaking", "pump", "broken" or "fit".
Sorry, we couldn't find any existing installation instruction that matched.
The microwave of this built-in oven/ microwave combo would stop working depending on how the door switch was held.
Read Robert of Bainbridge Island WA instructions to troubleshoot and order parts and then carefully followed them with some additional points noted. Started by turning off power at the breaker. There were 4 Phillips screws holding the decorator grill to the unit. 2 on each side. The two closest to the frig next to it were blocked by the freezer door, but my brilliant brother simply opened the door wide and was able to access those screws through the open space between the door and frig. No need to pull the oven out or get at it from the rear. One Phillips screw at the bottom edge of the control panel is removed and the control panel pulled up in its slot and outward. This reveals the connector wires and the "flapper" plastic part that is used to transfer the button pressure to the micro-switch. The flapper has to be removed to access the horizontal micro-switch. We disconnected the control wires from the mother-board to give more visibility. (This might not have been necessary). We used Duct Tape to tape the control board to the unit out of the way, so that we did not stress some thin, fragile looking wires. The flapper switch is removed through moving it to the left to unclip it from the fragile plastic support and it's right side post nub. That revealed the lower horizontal micro-switch. The pliers were used to pull the flat connector off the micro-switch. The original had only one prong. The replacement had two, but it was easily to identify the NO (normally Open) and NC (Normally Closed) connection configuration. The micros switch slipped easily into its location... Like a cassette tape with the white spindle slipping into place. Then the flat electronic connector reattached. Flapper plastic piece put back by sliding it to the right and clipping it back together carefully. This unit has three micro- switches - two vertical for the door and one for the button. Neither the button or the spring needed to be replaced, so I stored them and the spare micro-switch (with their installation instructions) in the top of the unit at the left for later use. Control wires reattached to motherboard, control panel slipped back into place. Single screw reinserted. Grill reattached with the four screws. Power turned on at breaker. Tested heating abilitywith a coffee cup of water. Worked great! Most of the repair time was spent trying to recognize what we were seeing. The task was easy and quick. Thank you for your website, sharing of repair stories and parts! I couldn't get any repairman to even look at it. The salespeople offered to sell me a new $3200 combo. When all it took was a $48 part. I am so relieved and happy.
2 of 4 people found this instruction helpful.
Was this instruction helpful to you?
Thank you for voting!
Back to Top