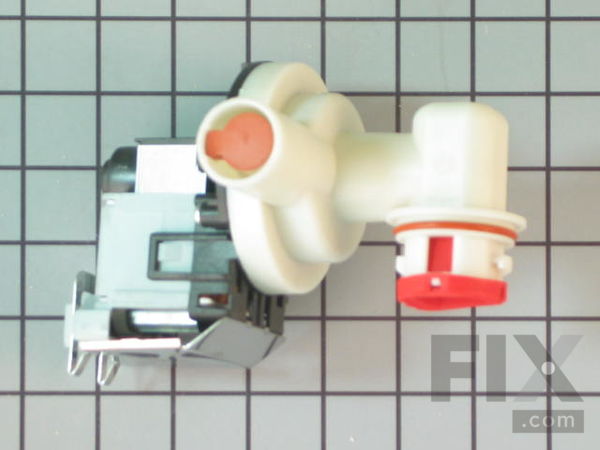 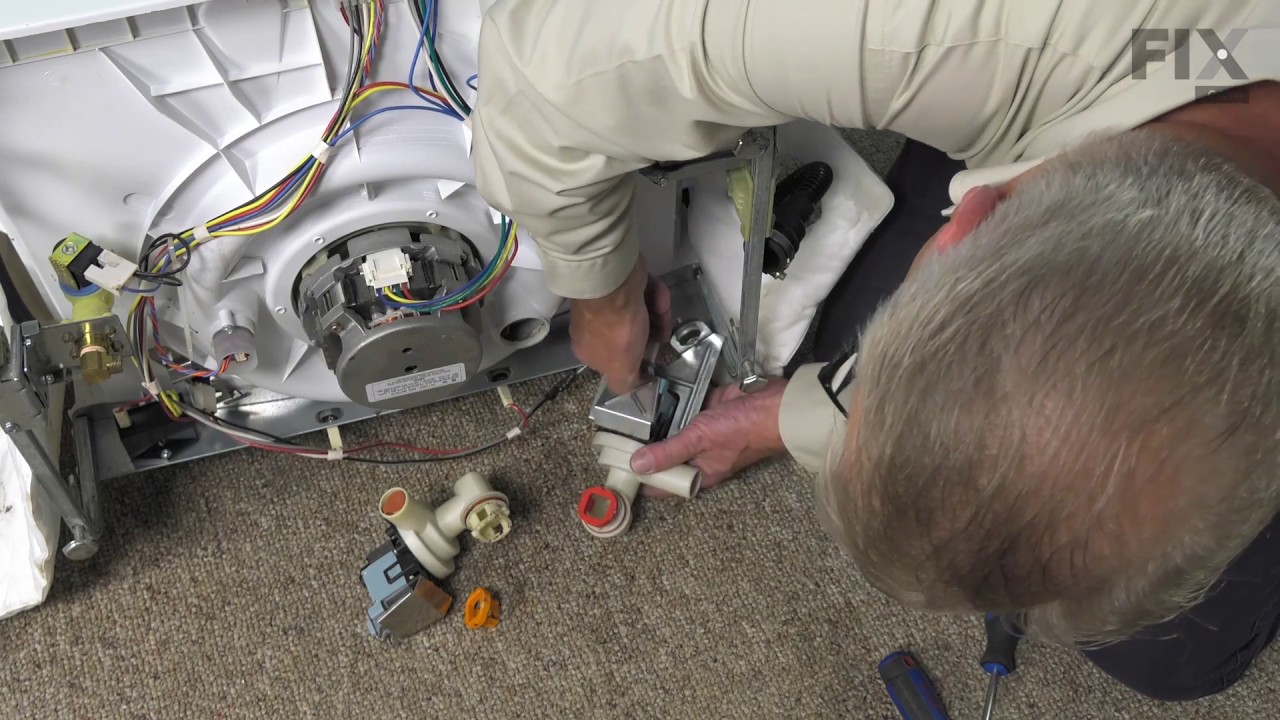 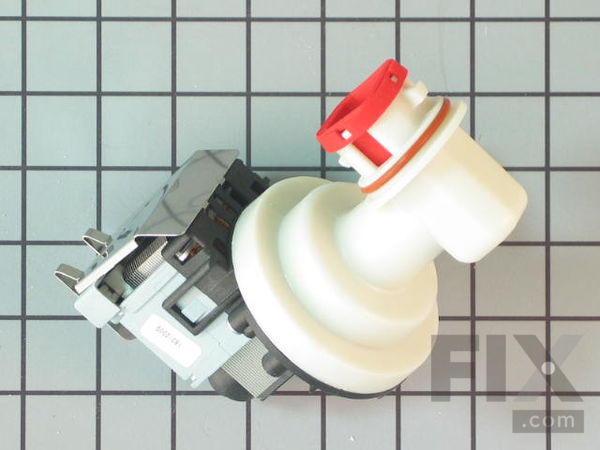 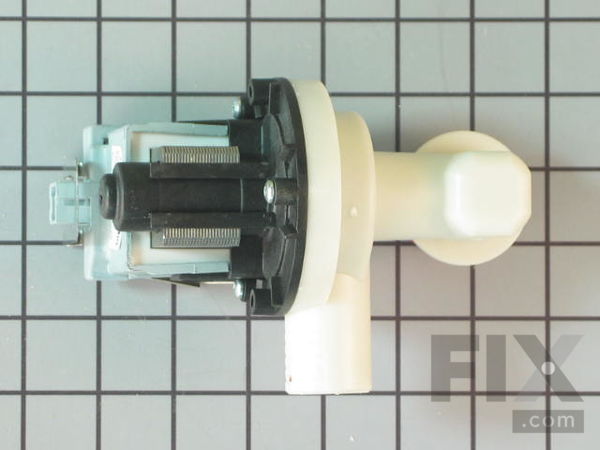 The pump ejects the water from the unit.

Average Repair Rating: 3.3 / 5.0, 1 reviews.
Sort by:
Search filter: Clear Filter
Your search term must have 3 or more characters.
Keep searches simple. Use keywords, e.g. "leaking", "pump", "broken" or "fit".
Sorry, we couldn't find any existing installation instruction that matched.
Water would not pump out at the end of the washing cycle.
First, I unplugged the electrical cord to the dishwasher. When I originally installed the dishwasher, I installed a receptacle under the sink and installed a plug-in electrical power cord from the dryer, rather than to hard-wire it, which is the usual electical contractor method. This saves a trip to the circuit-breaker panel to switch the power off, which also turns off the power to some of the other circuits in the kitchen. Most of the time spent for this repair was removing all of the items from beneath the sink, and removing the rubber dishwasher drain line from the garbage disposal, turning the water supply valve to the dishwasher off, bleeding the water pressure in the line and disconnecting the water inlet line. I had placed a towel under the water line connection to soak up the water which ran out when I disconnected the copper fittings. Next, I unscrewed the two screws under the edge of the cabinet to allow me to pull the dishwasher out from under the cabinet. I put a towel under the dishwasher and laid the dishwasher on its left side, and allowed the towel to soak up the water which ran out of the dishwasher. Next, I unplugged the one electrical connector to the pump, and loosened the one hose clamp to the rubber drain hose and removed it from the pump. Then I used a star-shaped driver to remove the one screw attaching the pump bracket to the frame of the dishwasher and rotated the pump 1/4-turn counter-clockwise and removed the old pump. I removed the two mounting screws holding the pump to the mounting bracket, since the same bracket is required to mount the new pump. I fastened the new pump to the bracket, applied a thin layer of silicone sealer to the mounting surface of the dishwasher and inserted the new pump into the mounting hole and rotated it 1/4-turn clockwise. I then reinstalled the one mounting screw to secure the bracket to the dishwasher frame, plugged the electical connector into the pump, reinstalled the drain hose and tightened the hose clamp, and the set the dishwasher back upright. I slid the dishwasher back under the countertop, fished the copper line back through the hole under the sink, reconnected the copper inlet line, and rubber drain line to the garbage disposal, and plugged the electrical cord back into the under-counter receptacle. Since the dishwasher's last couple of cycles had not emptied due to the failed drain pump, the dishwasher was full of soap. Therefore, I ran the rinse-only cycle three or four times to clear all of the soap, scum and other waste material out of the dishwasher. Then I put all of the rest of the things which had been under the sink cabinet back in place, and washed a load of dishes. The dishwasher worked perfectly. The original pump lasted for approximately 13-years. It began acting up and not pumping out about a year ago when I had opened the dishwasher during a wash cycle. I tried several different wash settings, thinking I had confused the control board's programming, and the problem seemed to correct itself. However, this time when it refused to pump out, I tried all of those options, but nothing worked, so I ordered a new pump and now it works like new again. The instructions shown online which have been shared by previous customers was a real help, specifically the requirement to rotate the pump 1/4-turn counter-clockwise to remove it from the mounting hole in the bottom of the dishwasher.
2 of 2 people found this instruction helpful.
Was this instruction helpful to you?
Thank you for voting!
Back to Top